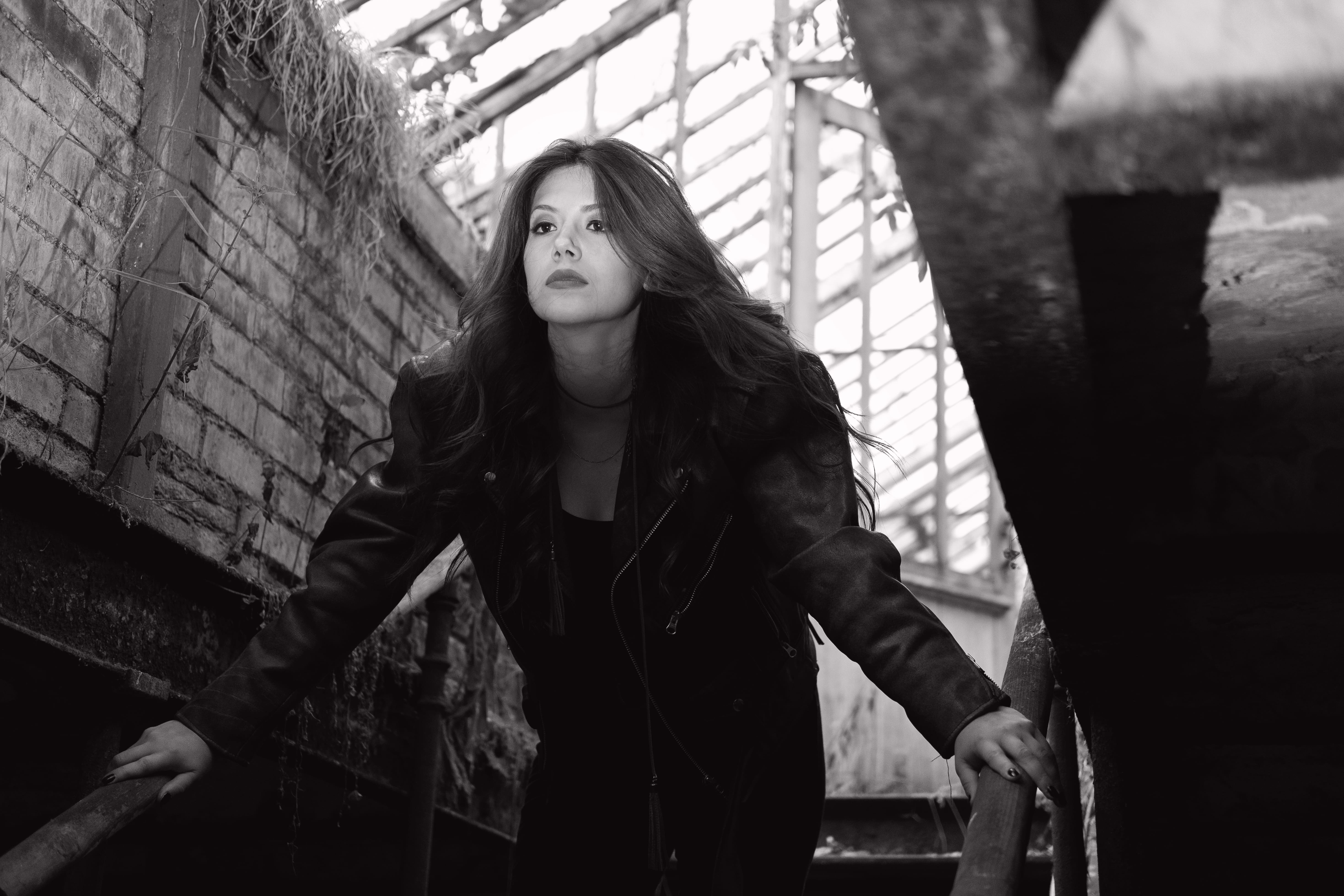 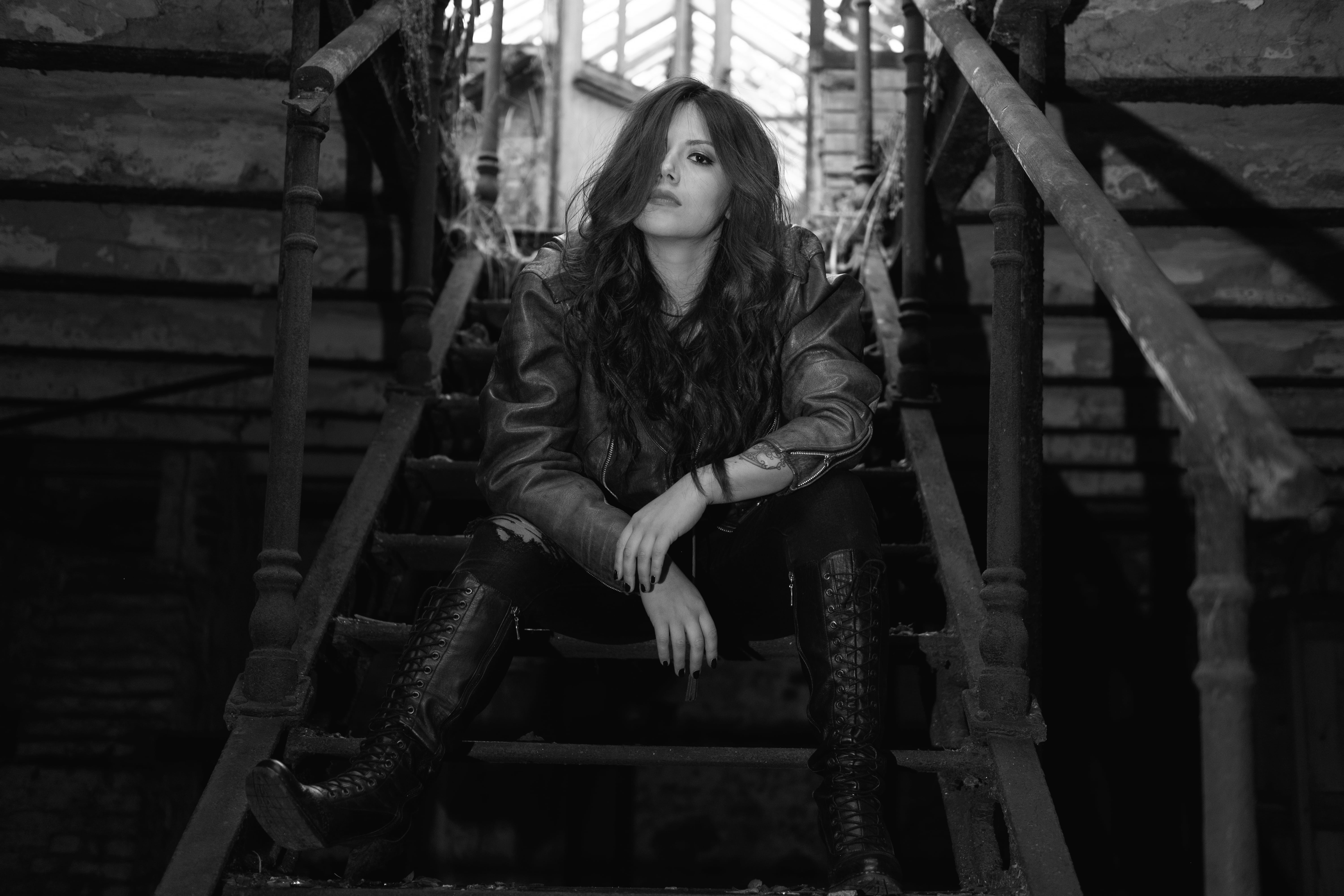 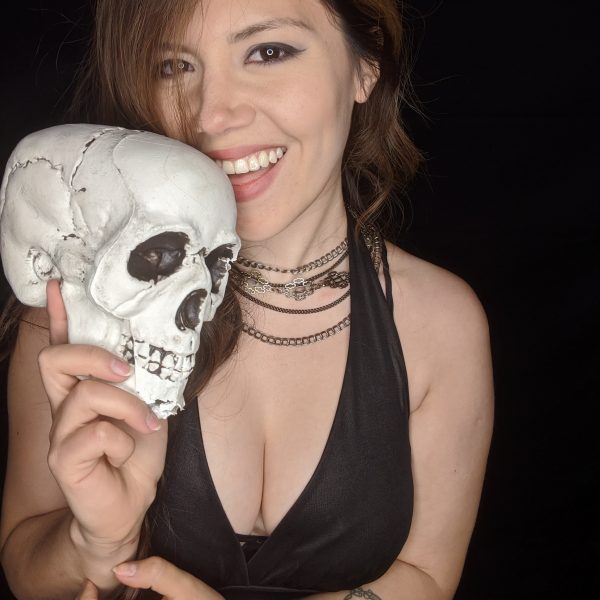 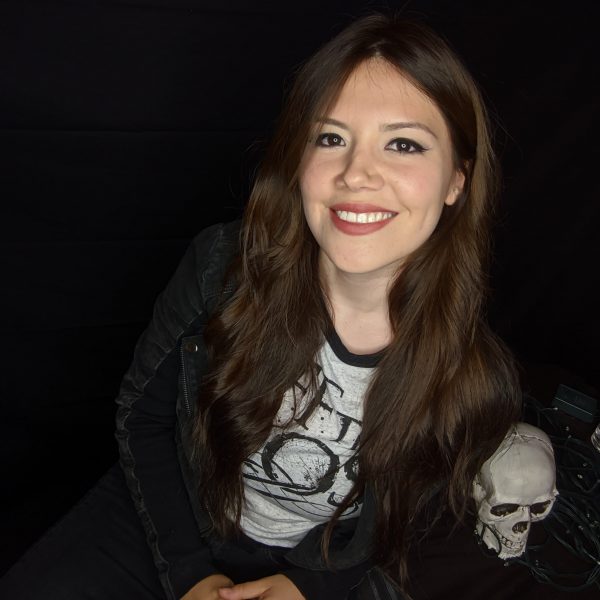 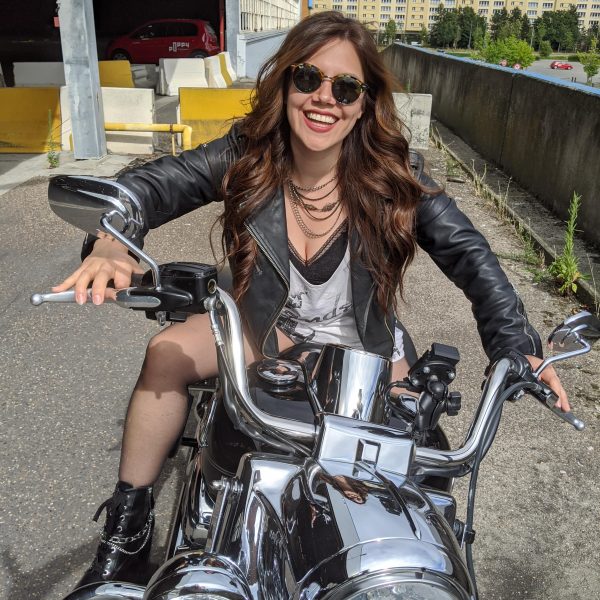 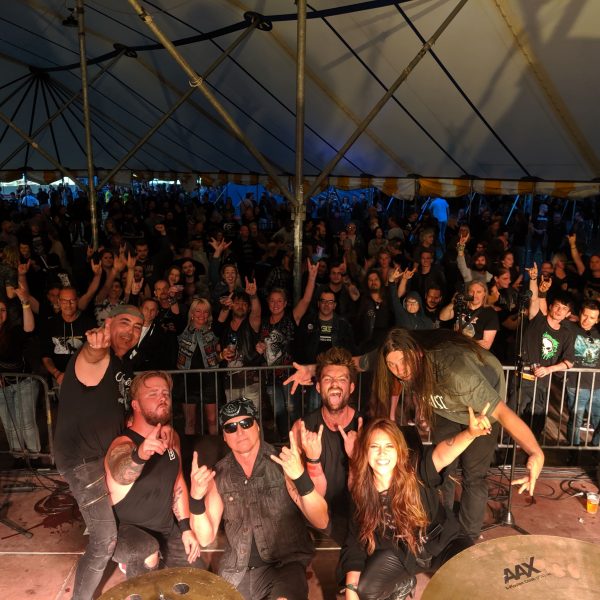 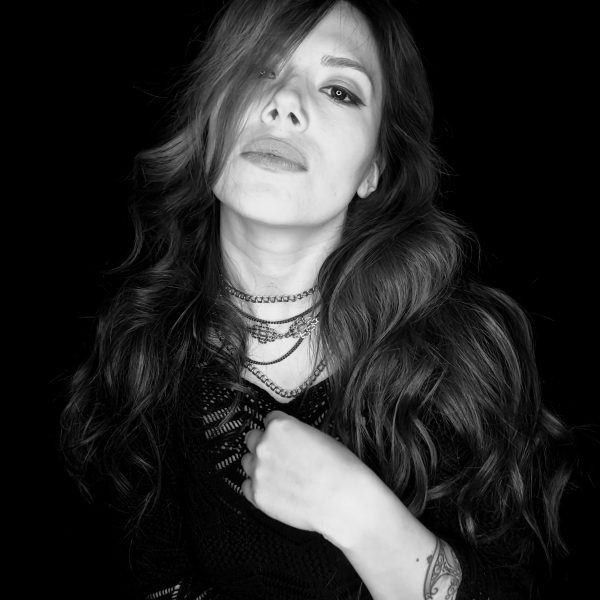 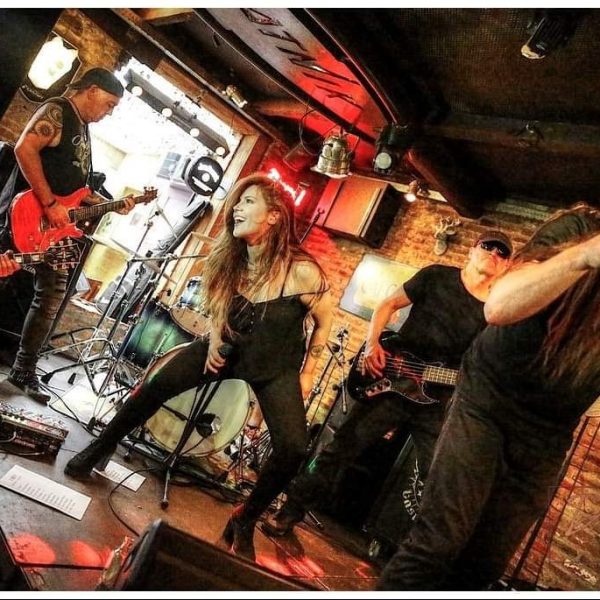 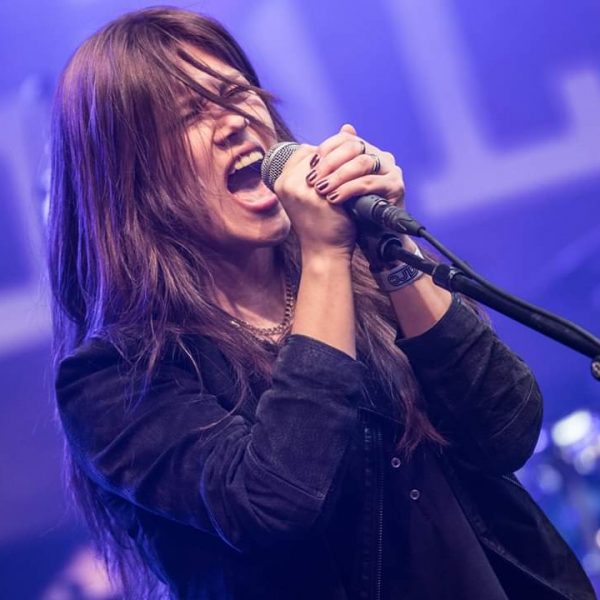 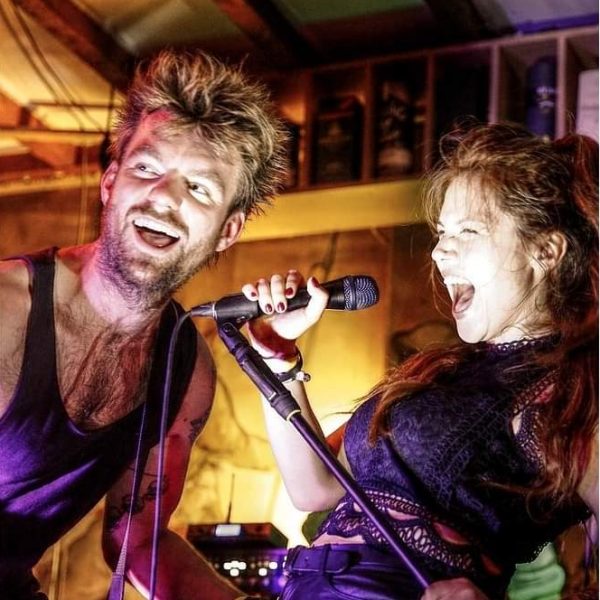 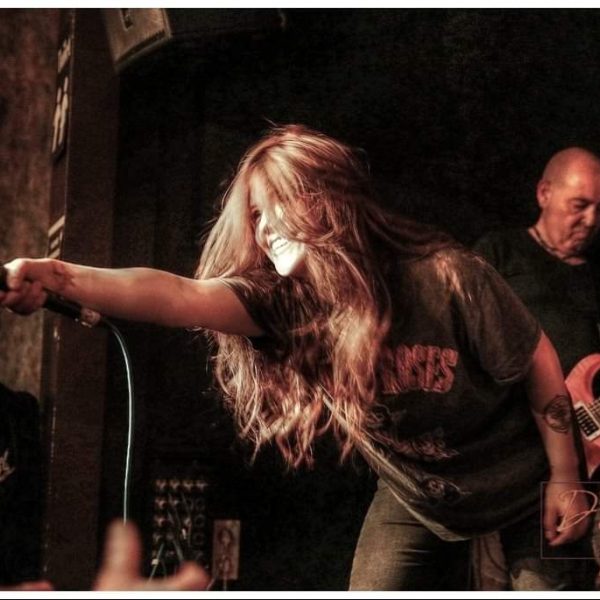 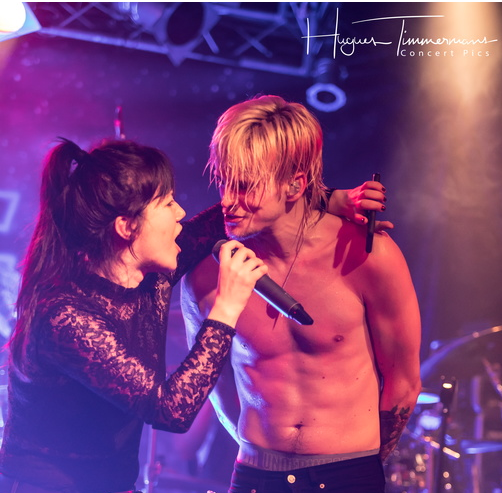 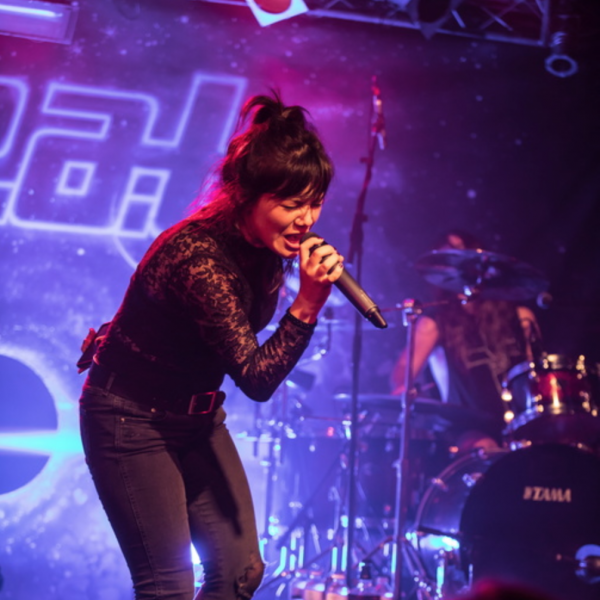 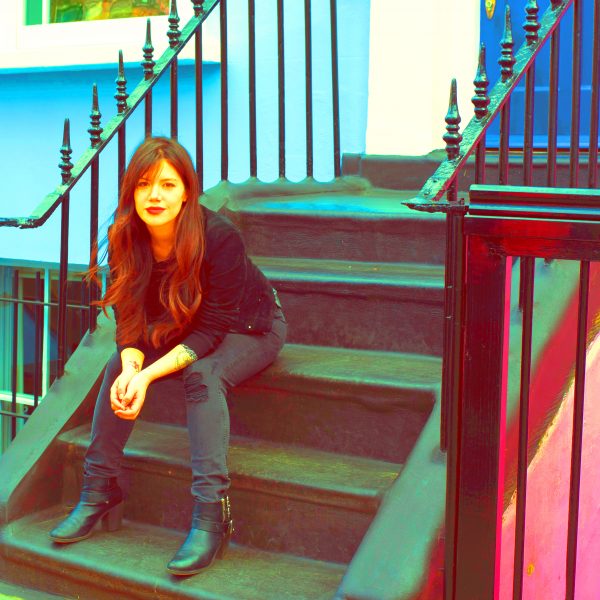 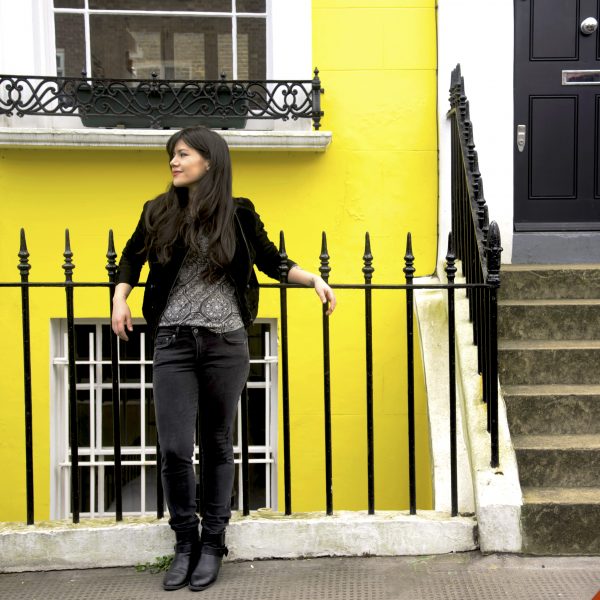 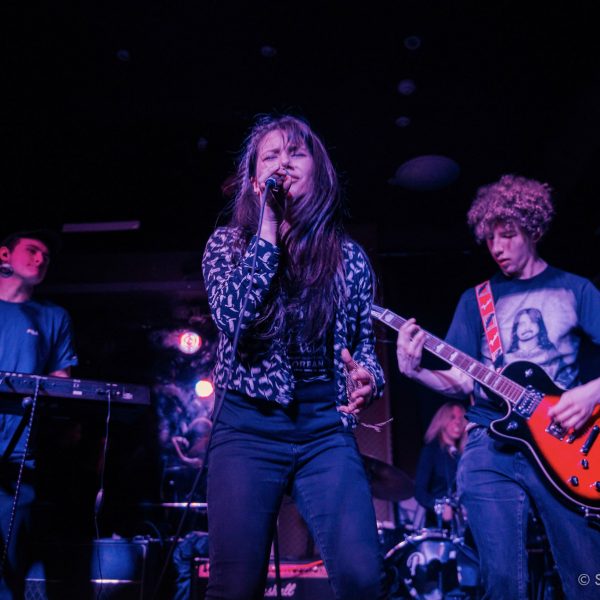 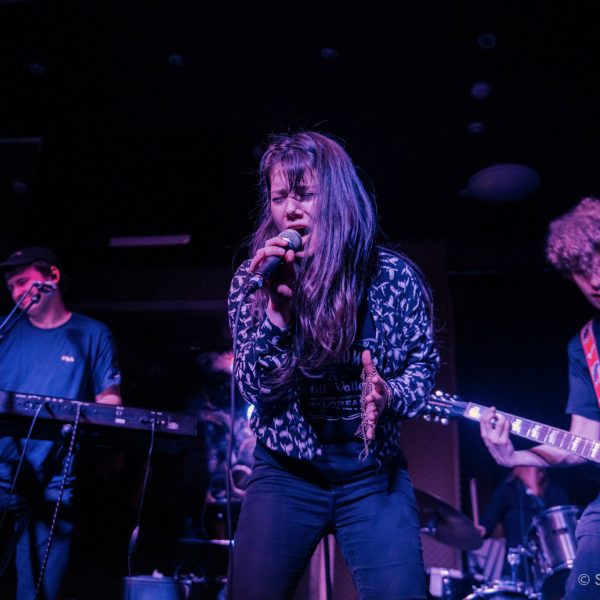 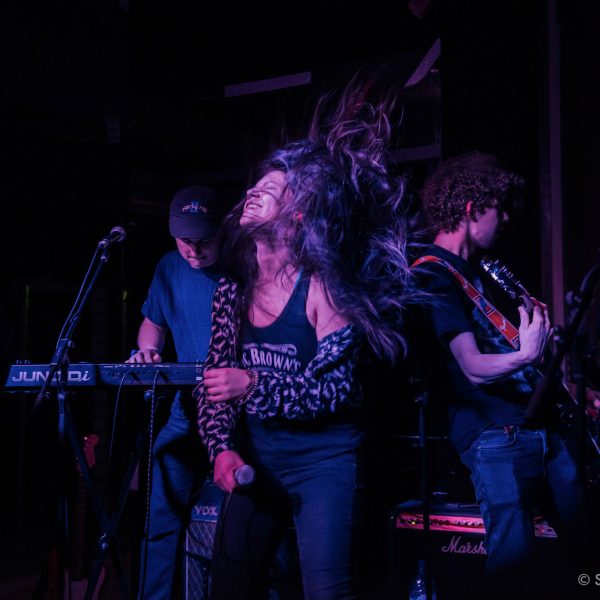 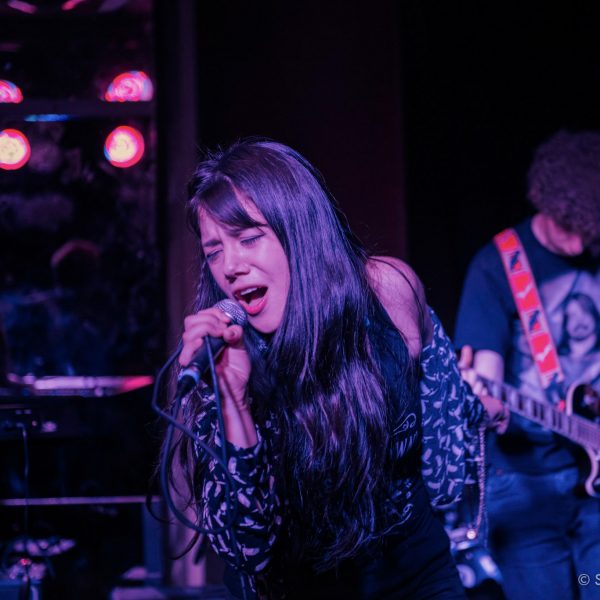 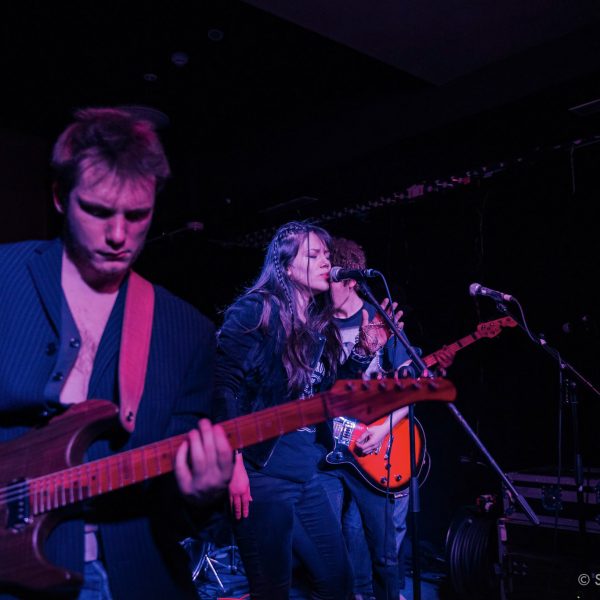 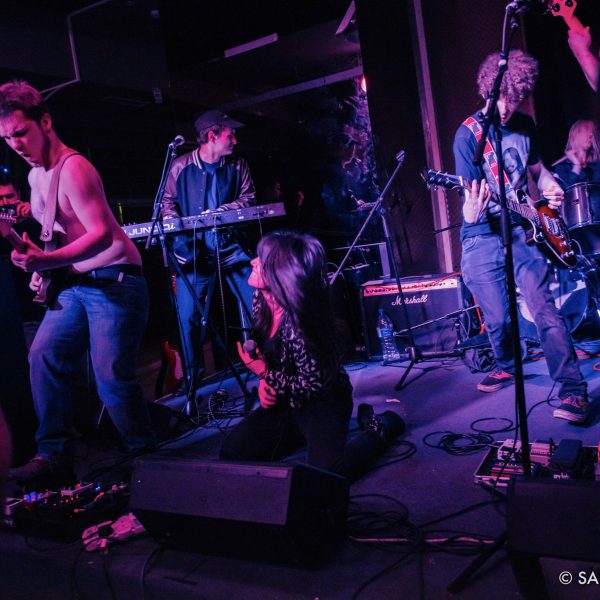 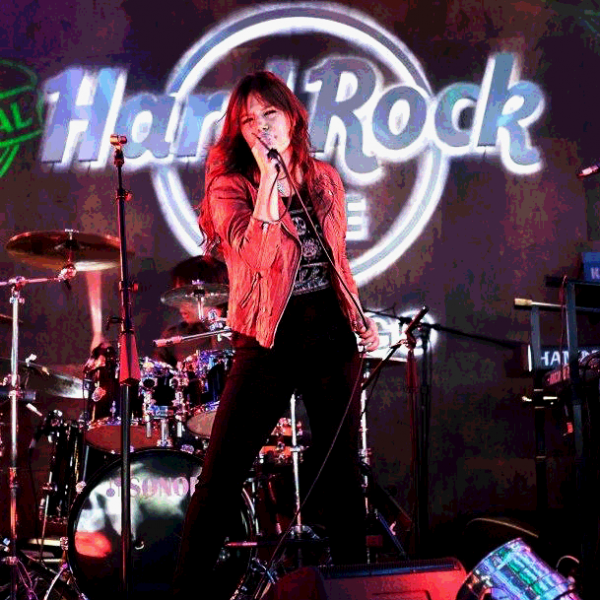 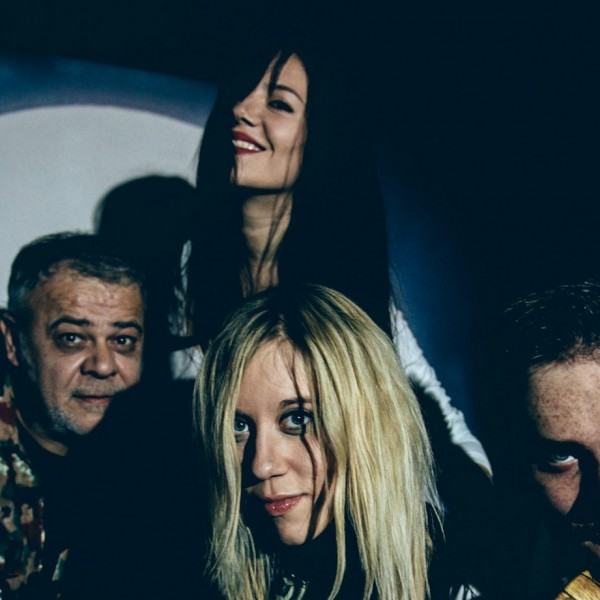 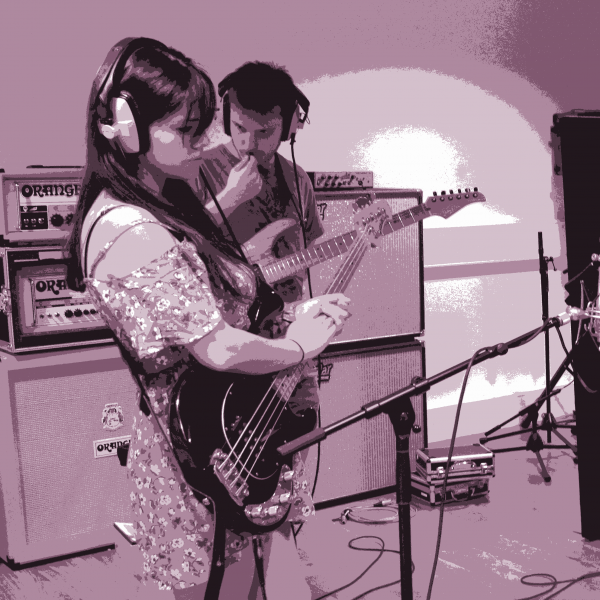 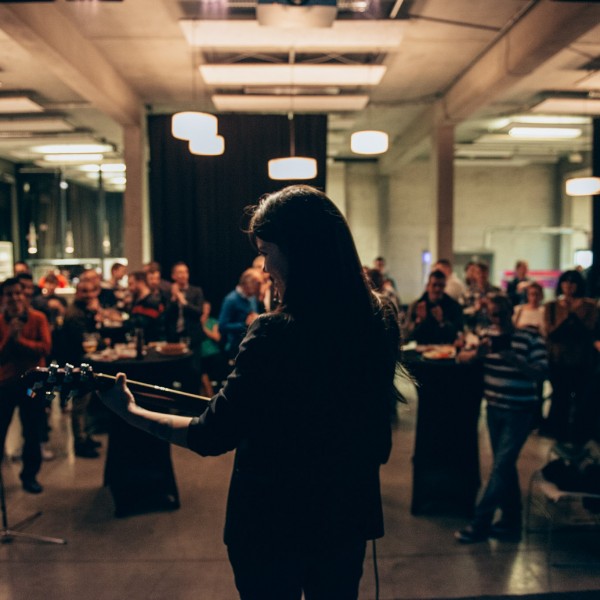 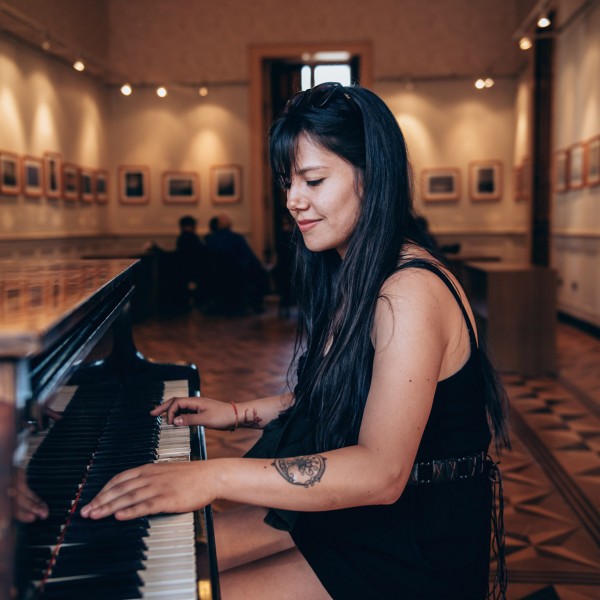 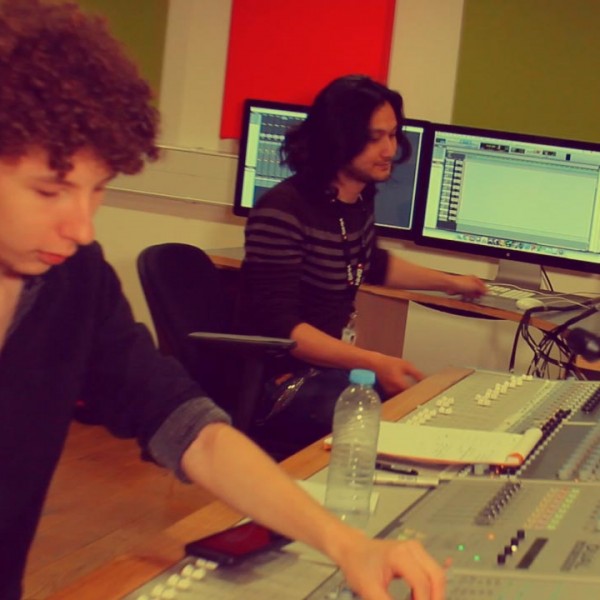 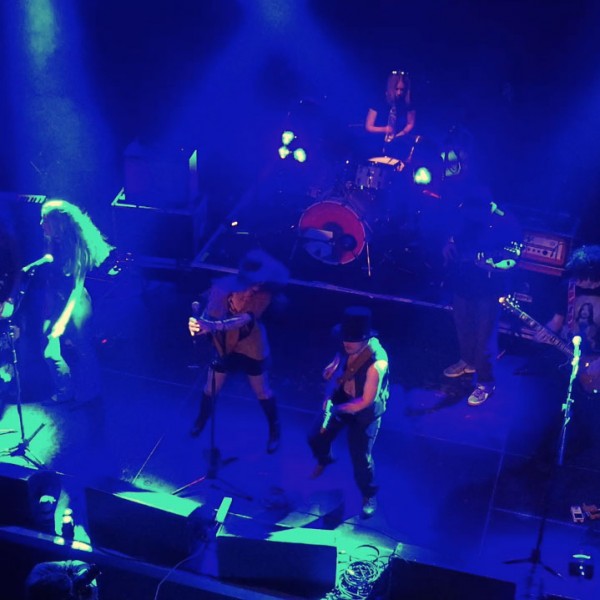 Dani Hart is a Chilean songwriter, artist and growth marketeer. She has been active in the industry since 2006 performing in South America and Europe. Some of her collaborations include the Belgian metal bands 10 Rogue, Off The Cross as well as a guest appearance with the Swedish band H.e.a.t.
Mixing catchy songs with latin-american rhythms, loud hard rock vocals and dirty riffs they rebel against the rules of cultural ostracism to create a countercultural revolution in a world that deeply needs it.

It all began with a 13 year old girl obsessed with rock and metal, begging to her hard-working single mom for a beautiful but simple reddish electric guitar. The terms of the spoiled little Chilean were simple: the guitar for the promise of cleaning and tidying her messy room daily… Although the second never happened, that loving and daring action of her mom was the foundation of Dani’s musical adventures in London.

After years of teen hard rock bands, music & sound engineering studies and a bag full of early life lessons, Dani was given the chance to pursue against all odds her music career at the very heart of popular music. The quest was not easy, but dreams were bigger. Crossing the Atlantic Ocean alone and 7249 miles away from everything known, she arrived to London with a clear goal: use the time wisely, learn from everything and everyone and create music that is worth to hear and to follow.

She kickstarted the Dani Hart project with a line-up from all over the world; Chile, UK, Germany, France and Serbia. A statement of Music Without Borders, believing and celebrating that no matter where you come from, the power of music is greater than any wall or passport.

While in London, she would get deep into the underground scene, releasing her EP and video ‘’Let the Children’’ and reaching over 7k views on the first week. The highlight? Performing at the O2 Islington for 800+ people.

But times change. Shortly after successfully graduating and in the name of love and Brexit, Dani established herself at the heart of Flanders in Belgium, ready for a new adventure.

Newly arrived, Dani had a first taste of the Belgian stages performing a guest appearance in the with the Swedish hard rock band (and musical heroes) H.e.a.t.

Still fresh in Belgium, she was invited to join the grunge metal band 10 Rogue featuring Belgian Idol Peter Evrard to bring some extra high-end vocal range to the mix. They played several local festivals from the underground metal scene sharing stage with renowned local names like Off The Cross, King Hiss and Channel Zero.

During the 2020 lockdown, she was invited by the Jens De Vos from the Belgian metal band Off The Cross to have a guest appearance in a collaboration with members of bands like Epica, Eluveitie, Fleddy Melculy, King Hiss, Diablo Blvd (Watch video Off The Cross and friends – Dance Macabre).

Dani is currently busy working on her debut album which will have featured tracks with members from Off The Cross, Sin Savage, 10 Rogue among others.

This website uses cookies to improve your experience while you navigate through the website. Out of these, the cookies that are categorized as necessary are stored on your browser as they are essential for the working of basic functionalities of the website. We also use third-party cookies that help us analyze and understand how you use this website. These cookies will be stored in your browser only with your consent. You also have the option to opt-out of these cookies. But opting out of some of these cookies may affect your browsing experience.
Necessary Always Enabled

Any cookies that may not be particularly necessary for the website to function and is used specifically to collect user personal data via analytics, ads, other embedded contents are termed as non-necessary cookies. It is mandatory to procure user consent prior to running these cookies on your website.